Do we need democracy for economic growth?

The short answer is no.  Below I explain why:

Last years I constantly hear this kind of questions, "Is democracy is a precondition or necessary for economic success". Mostly because of Chinese economic success and Chine getting popular in the world.

As you know democracy and totalitarian government models were fighting after WWII,  but after collapse of Soviet Union people started argue that only way to develop is to absorb democratic values - particularly western democracy. It's still debated if those values are really present in western countries - especially USA or it's just propaganda to expand sphere of influence.

I wouldn't go to that debate who is correct, who is not. Let's see some basic figures (from World Bank):

Here is another example for those who say Singapore is too small country and shouldn't be compared to big USA:

As you can see from data India rose 490% , on the other hand China's growth was 1475% . In 1990 it was hard to imagine that communist country would outperform democracy by 3 times.

Also people mix 2 things, being western democracy and capitalism. They are not the same. Countries like China or Singapore is now more capitalistic than most of democracies. And being democracy doesn't guarantee to have economic growth.

Another example is Democratic European Union - if you take a look at the biggest economies like France, Germany, Italy, Spain their economy actually weaker than they were in early 2000th, it means their democracy doesn't generate any good value at least for two decades. 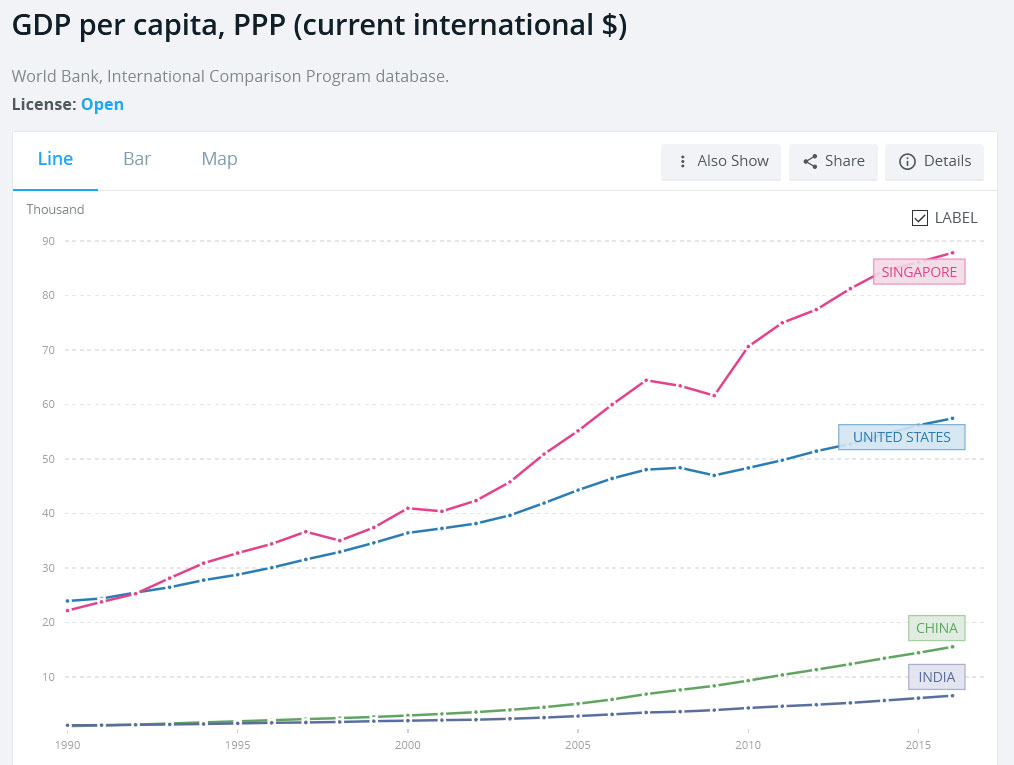 Which countries get the most Chinese investment?